Your Internet service provider is the company that provides you with your Internet connection. For example, your ISP may be Comcast, Time Warner, or whatever other company you’re paying each month.

A wide area network is a larger network that covers a wider area. Your ISP provides you with a connection to their own WAN, which connects to the Internet.

An Internet Protocol address, or IP address, is a numerical address that corresponds to your computer on a network. When a computer wants to connect to another computer, it connects to that computer’s IP address.

There are two types of IP address in common use. Older IPv4 (IP version 4) addresses are the most common, followed by newer IPv6 (IP version 6) addresses. IPv6 is necessary because we just don’t have enough IPv4 addresses for all the people and devices in the world.

A gateway is a device that routes traffic between networks. For example, at home, your router is your gateway. It provides a “gateway” between your LAN and WAN.

Network Address Translation, or NAT, is used by routers to share a single IP address among many devices. For example, you probably have a wireless router at home that creates a Wi-Fi network your laptops, smartphones, tablets, and other devices connect to. Your ISP provides you with a single IP address that’s reachable from anywhere on the Internet, sometimes called a public IP address.

Your router creates a LAN and assigns local IP addresses to your devices. The router then functions as a gateway. To devices outside your LAN, it appears as if you have one device (the router) using a single IP address.

The dynamic host configuration protocol allows computers to automatically request and be assigned IP addresses and other network settings. For example, when you connect your laptop or smartphone to your Wi-Fi network, your device asks the router for an IP address using DHCP and the router assigns an IP address. This simplifies things — you don’t have to set up static IP addresses manually.

A hostname is a human-readable label that points to a device connected to a network. For example, on your home network, your Windows computer’s hostname may be WINDOWSPC. Your other devices can connect to WINDOWSPC and will be pointed at that computer’s local IP address.

You’re likely using your ISP’s DNS servers by default, but you can use third-party DNS serversif you prefer.

Ethernet is the standard wired network technology in use almost everywhere today. If your computer is connected to a network via a cable, it’s likely using an Ethernet cable. That cable plugs into an Ethernet port on your computer.

Network interfaces can also be implemented entirely in software, so they don’t always directly correspond to hardware devices. 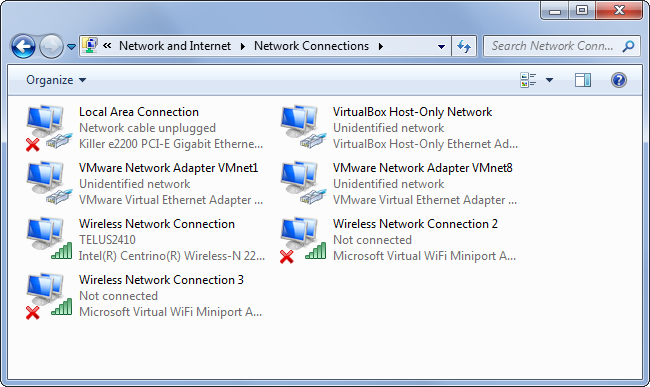 localhost actually points to the IPv4 address 127.0.0.1 or the IPv6 address ::1 . Each always corresponds to the current device.

Each network interface has a media access control address, or MAC address — also known as a physical address. This is a unique identifier designed to identify different computers on a network. MAC addresses are usually assigned when a manufacturer creates a network device.

For example, when you visit an airport and use 30 minutes of free Wi-Fi before being kicked off and refused access to further Wi-FI without paying, the airport’s Wi-Fi network has likely noted your device’s MAC address and is using it to track your PC and prevent you from taking advantage of more free time. MAC addresses could also be used to assign static IP addresses to specific devices, so they’d always get the same IP address when they connected to a router with DHCP.

MAC addresses are actually more fluid in practice, as you can change your network interface’s MAC address. (Yes, this means you can often gain access to more free airport Wi-Fi by changing your device’s MAC address.) 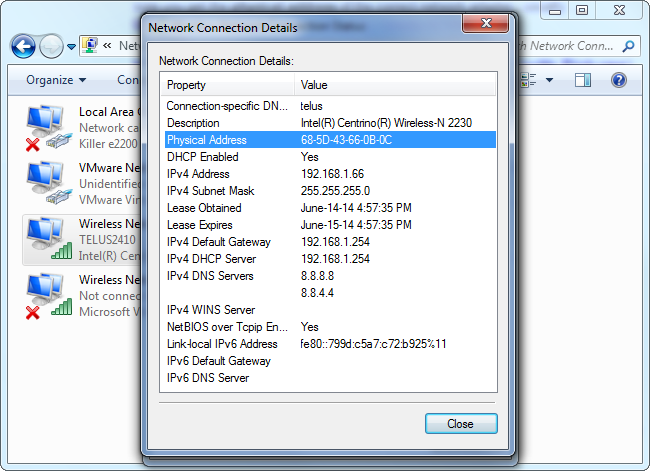 When an application wants to send or receive traffic, it has to use a numbered port between 1 to 65535. This is how you can have multiple applications on a computer using the network and each application knows which traffic is for it. 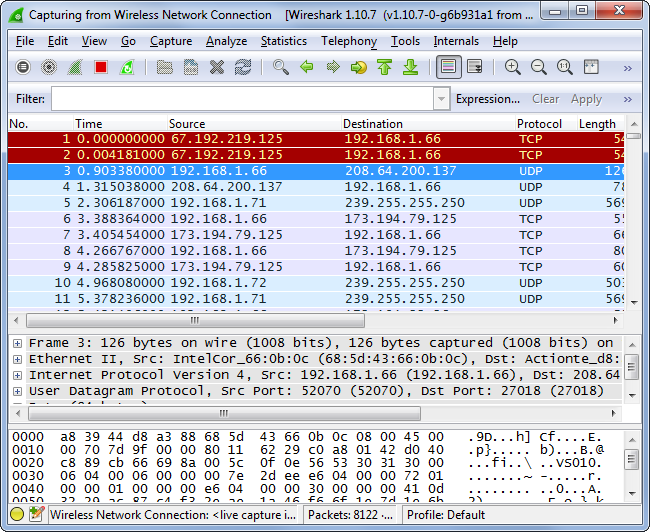 A firewall is a piece of software or hardware that blocks certain types of traffic. For example, a firewall could block incoming traffic on a certain port or block all incoming traffic except traffic coming from a specific IP address.

The hypertext transfer protocol is the standard protocol modern web browsers and the web itself uses. FTP and BitTorrent are examples of alternative protocols.

A uniform resource locator, or URL, is also known as a web address. The current URL is displayed in your web browser’s address bar. For example, http://howtogeek.com/article is an URL that tells your computer to use the hypertext transfer protocol HTTP to connect to the server at howtogeek.com and ask for the file named article in the root directory. (The computer contacts its DNS server to find the IP address howtogeek.com is associated with and connects using the TCP protocal on port 80.)